Cigarettes & its effects on weight 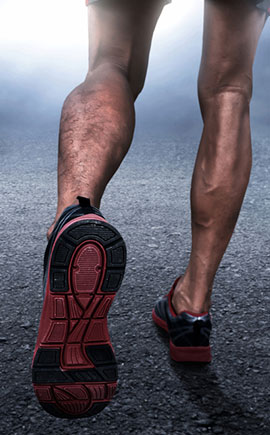 Smoking majorly dampens your appetite, damages your taste buds making food less appealing, and it also increases your metabolic rate. All these things result in drastic weight loss. This isn’t a positive weight loss. It disturbs your body mass index and weakens your immune system.

Numerous cross-sectional studies indicate that body weight, or body mass index (BMI; in kg/m2), is lower in cigarette smokers than in nonsmokers (5, 14–16).

Does one gain weight after they quit smoking?

The answer is YES!

Most of the weight gain occurs in the year after quitting, particularly in the first three months. Most of the people do put on some weight when they quit, it is usually only a modest amount. The average amount of weight that people gain after stopping smoking is about four to five kilograms over five years. Rarely anyone has gained more than ten kilograms after quitting smoking. It, of course, varies from person to person but it shouldn’t be of a major and prior concern.

One definite reason for weight gain is the decrease of metabolism but is more due to increasing your consumption of food.  Smoker’s usually ended up investing all their smoking breaks eating.

This is completely normal and should not be worried about.

Some people who quit smoking eat more, particularly in the first few weeks after quitting. Some of the reasons may include:

It can be difficult to quit cigarettes and manage weight at the same time because both activities require effort and commitment. If you decide to quit smoking and pursue weight loss at the same time, “you may be trying to do too many things at once and be setting yourself up for failure,” says Lawrence Cheskin, MD, director of the Johns Hopkins Weight Management Center at the Johns Hopkins Bloomberg School of Public Health.

Smoking appears to change the distribution of fat in women to the less healthy, typically male ‘apple’ pattern. What this means is that women who smoke tend to put on more fat around their waist compared to women who do not smoke. When women quit smoking, any weight gain that occurs is in the normal and safer typically female pattern – around the hips rather than the waist.

Healthy eating, regular exercise, and enough sleep are the 3 keys to follow while quitting smoking.

After quitting smoking is relapses possible?

Undeniably, Yes! Tobacco cessation is not a one-time treatment. It …

Effects of quitting smoking immediately on the body

Many people do not realize the addictive quality of Nicotine …

If you are a smoker and you want to get …

INVENTZ Lifesciences, a group company of DELVIN FORMULATION founded with an objective of providing effective and innovative health care products now directly to our consumers.

Hit enter to search or ESC to close